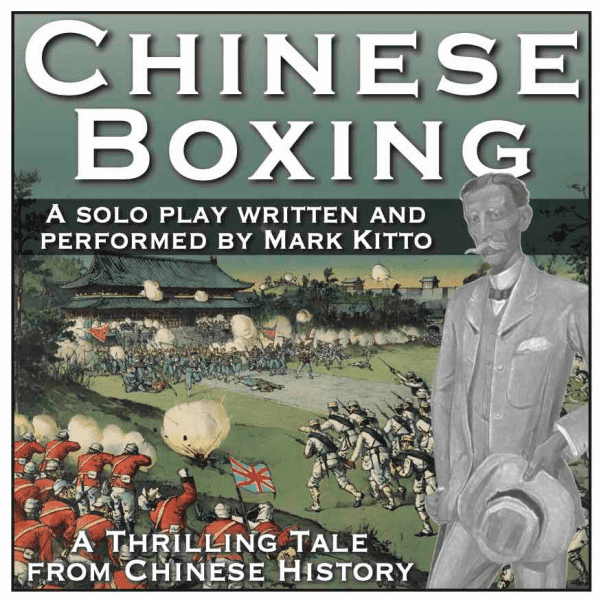 An entertaining – and dramatic – lesson from Chinese history

Chinese Boxing is a one-man play with a powerful, relevant message about China and ‘The West’ today, based around the siege of the diplomatic quarter in Peking during the Boxer Uprising in 1900 (as in the film ‘55 Days at Peking’ with David Niven).

Set in 1912, Sir Claude MacDonald, Her Majesty’s former Minister Plenipotentiary to Peking, commander of the defence during the Siege, gives an illustrated talk to your local Royal Asiatic Society. That’s you.

Sir Claude says he will ‘take you back to Peking in 1900’, and he does just that, to the Imperial Palace, where you hear the story from the Chinese side while the battle rages outside. It reaches fever pitch and pandemonium breaks out... Sir Claude is absent. Who can guide you to safety and conclude the story? And what does it all mean for Britain and China today?

Watch the trailer and then find out on Oct 22 at the The Players Theatre.

‘Everyone should watch this.’ Baroness Gillian Shephard

The performance lasts 70 minutes with no interval. It is followed by a Q and A about China and Britain which tends to get lively. Mark lived in China for 18 years and has published two books and countless articles about the country. Look him up on Wikipedia.